The IoT Hub is the center piece of the IoT project as gathers data, runs application logic. Provides an HTTP Server to serve up a Web App, REST API and Web sockets. This project is a Micro service written in Go, and is perfect for systems hackers, backend devs and full-stackers. 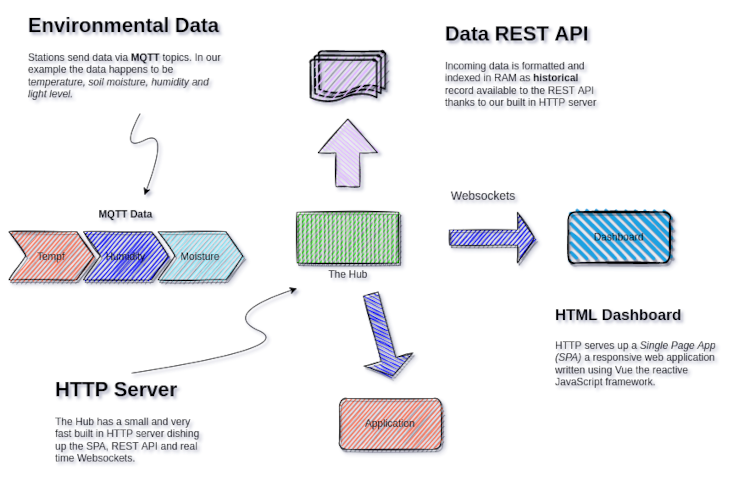 What Does OG Hub Do?

In a nutshell the Hub gathers environmental data from a network of Collection Stations using the well known MQTT Messaging protocol. The hub feeds the data to the Oraganic Gardner application, streams it real-time to dashboard users via Websockets and caches the data in RAM.

How Does the Hub Work?

The Hub is a small, fast server written in Go with the following dependencies:

The software running on the Hub can be called a Micro-service. Go’s built in HTTP server is small, robust and fast allowing us to easily add a REST API and serve up some HTML and JavaScript to for our WebUI, which happens to be a Single Page App

The MQTT and Websockets libraries, like Go’s built in HTTP library, are also robust, fast and small allowing us to build this sophisticated application and also keep it small, robust fast. YEA!

As matter of fact, it is so small and fast, it is more than happy to run on a Raspberry Pi! 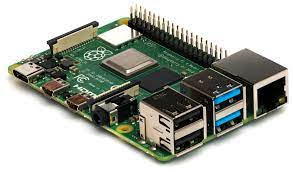 The Hub is really a moderately sophisticed data multiplexer made up of multiple concurrent readers and writers. The cuncurrency is perhaps the most interesting design challenge of this software.

The Hub handles concurrency with features built into the Go programming language: Go Functions and channels which will be described in a future article.

The 1st Milestone of the Organic Gardener IoT Project has been completed. The list of supported features are:

In a future phase of the project we will add an option to save data in a persistent Database. We will discuss various choices between SQL variants (MySQL, Postgres), Mongo and application specific databases like InfluxDB and Prometheus.

Demo of the Hub

This section will demonstrate using the REST API to retrieve data from the Hub has collected. To pull this off we are going to Mock a Collection or two by sending “fake” data using the mosquitto_pub client.

Fire Up The Hub 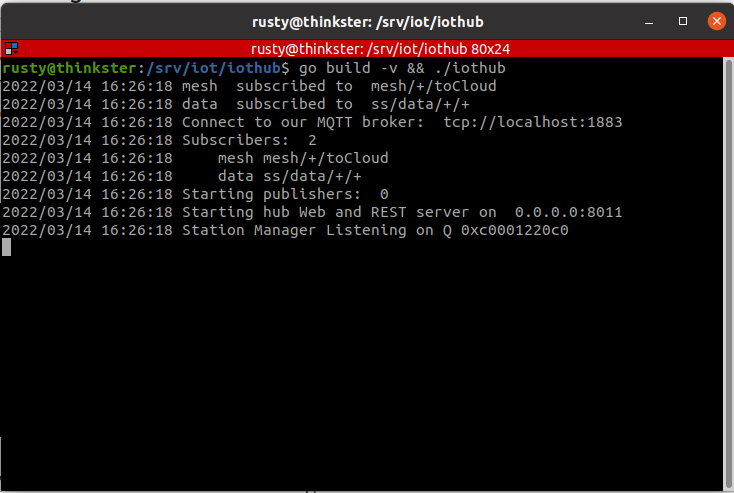 Above is a screenshot of the logs displayed when the Hub has started. If we read logs beging with the first we will find that the hub has:

Notice the MQTT subriptions using the ‘+’ wildcard character allows the subscriber to gather data from many sources with a single subscription.

MQTT supports wildcard subscriptions allowing the Hub to subscribe to ALL data channels even without knowing the stationID’s or sensorIDs before hand.

By subscribing to /ss/data/+/+ the Hub will recieve data from every station and sensor on the network.

We are going to mock a Collector by publishing fake environmental data using the cool MQTT publishing utility mosquito_pub. 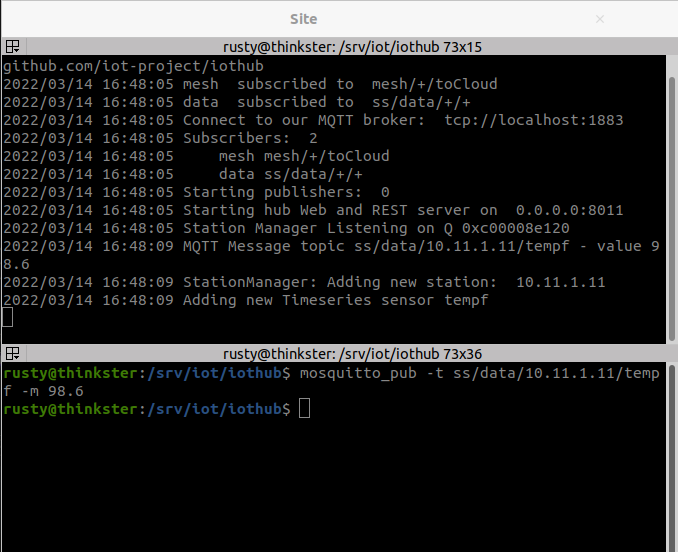 In the above screen shot mosquitto_pub published the temperature in farenhiet to the topic ss/data/10.11.1.11/tempf where the CS station id is represented by 10.11.1.11. Likewise, the sensorID is represented by the string tempf. The value passed in 98.6 degrees farenhiet.

We can see the Hub recieving the data and parsing the stationID and sensorID from the topic string. The data is parsed, formatted and temporarily saved in RAM.

When data periodically arrives, the Hub will quickly extract the following elements of the data point.

The data is reformatted and stored as a time-series in RAM. Let’s have a look at the REST API that can be used to access the environmental data.

Another screenshot is in order. This time I’ll use curl to call the data REST API to retrieve the one piece of data we have collected: 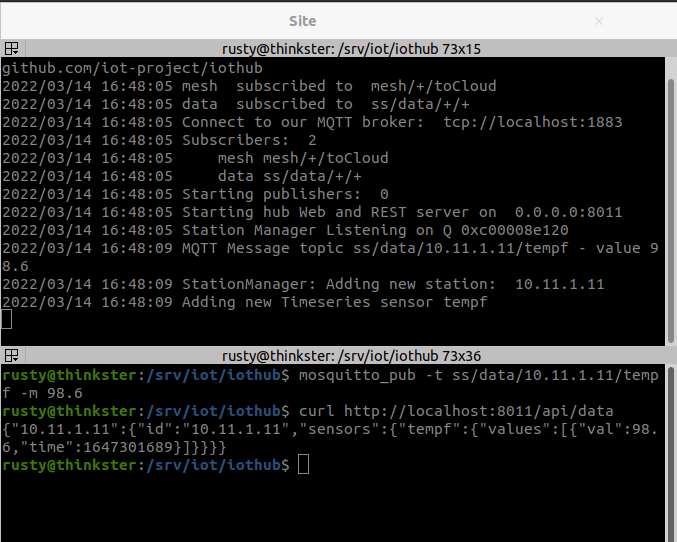 Notice the curl command in the bottom screen, the data has been returned in full JSON format. This single data point looks like this when pretty printed.

The Hub provides a REST API allowing other programs to access datasets from the Hub for various applications. Some of the important REST API endpoints are:

The first two gather and reply with IoT Collection Station meta data, such as the station ID, sensors hosted and performance and metrics.

The /data endpoint will return data ;-), filters can be used to limit the response to certain stations, sensors and / timespans.

Built into the Hub is a Web server capable of serving up a Single Page App (SPA) discussed on it’s own section of this project site. The Hub and Dashboard support Websockets allowing the Hub to update the Dashboard when new data arrives in real-time.

We will talk alot more about this in the Dashboard